We all have challenges that we doubt we can make it through; where we can’t see light at the end of the tunnel, we’re stuck in the darkness groping for a door out. At times, we feel broken by the battles we face and, we ask ourselves, Is healing even possible?

Our vision gets clouded by doubt, and what we often do not see is that if we hold on, we will get through our troubles. And what we rarely see (until we experience it) is that our battles leave scars that change us. We’re no longer the person we were. We’re the person we’ve become. Wiser. Stronger. More confident and sure of ourselves because we endured and survived.

These are the stories I most love to write. Stories about the real us, without the veneer and party faces. Stories in which we recognize ourselves and bits of our lives. Stories that are destined to thrill, fated to heal.

All of the books are separated out by series and type on the Bridge-Walker.com site under Books.

To read endorsements, reviews, awards and honors, Readers’ Group Guides, Behind the Books, and more details on any given title, please visit Vicki’s Main Website’s Books section.  There is a printable book list there also.

A willingness to take risks and blaze trails has won her many prestigious nominations and awards, including:

•The Maggie Award of Excellence (MIND READER, ACTS OF HONOR, BEYOND THE MISTY SHORE)

A complete listing is on each book’s individual web page.

Over 1.5 Million Books In Print

Vicki’s first published novel, a romantic suspense, was a bestseller that sold in nearly a dozen foreign countries. Since then, she’s shifted writing focus several times. After co-creating the first single-title open-ended continuity series, she turned to military life and has been credited with a Career Achievement Award for being one of the first to write military romantic suspense, military romantic intrigue, and military romantic thrillers. Recently, she has shifted focus to Christian fiction. Her willingness to take risks and blaze trails has won her many prestigious nominations and awards.

Vicki holds a Master of Arts in Creative Writing and a Doctorate in Philosophy, Theocentric Business & Ethics. She actively lectures on writing craft and technique and philosophy.

Her articles have appeared many respected publications and ezines (Novelists, Inc., Romantic Times, Romance Writers’ Report, The Outreacher, The Rock and others) and have been extensively reprinted in as many as sixty-three foreign markets. She has coordinated and/or judged national and international writing competitions, served on various writers’ association committees, has been honored by Romance Writers of America with their National Service Award and in 2004 was named the first PRO Mentor of the Year.

For detailed information on her writing or Outreach Programs, including mentoring and a free online writer’s library, please visit the other sections of this site. For scheduled lectures/signings, visit Appearances.

Vicki also writes Writing–Live!, a column for the SocialIn Network. 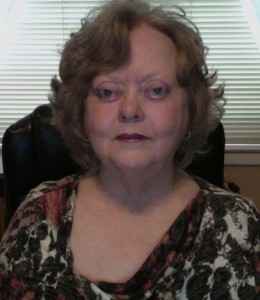